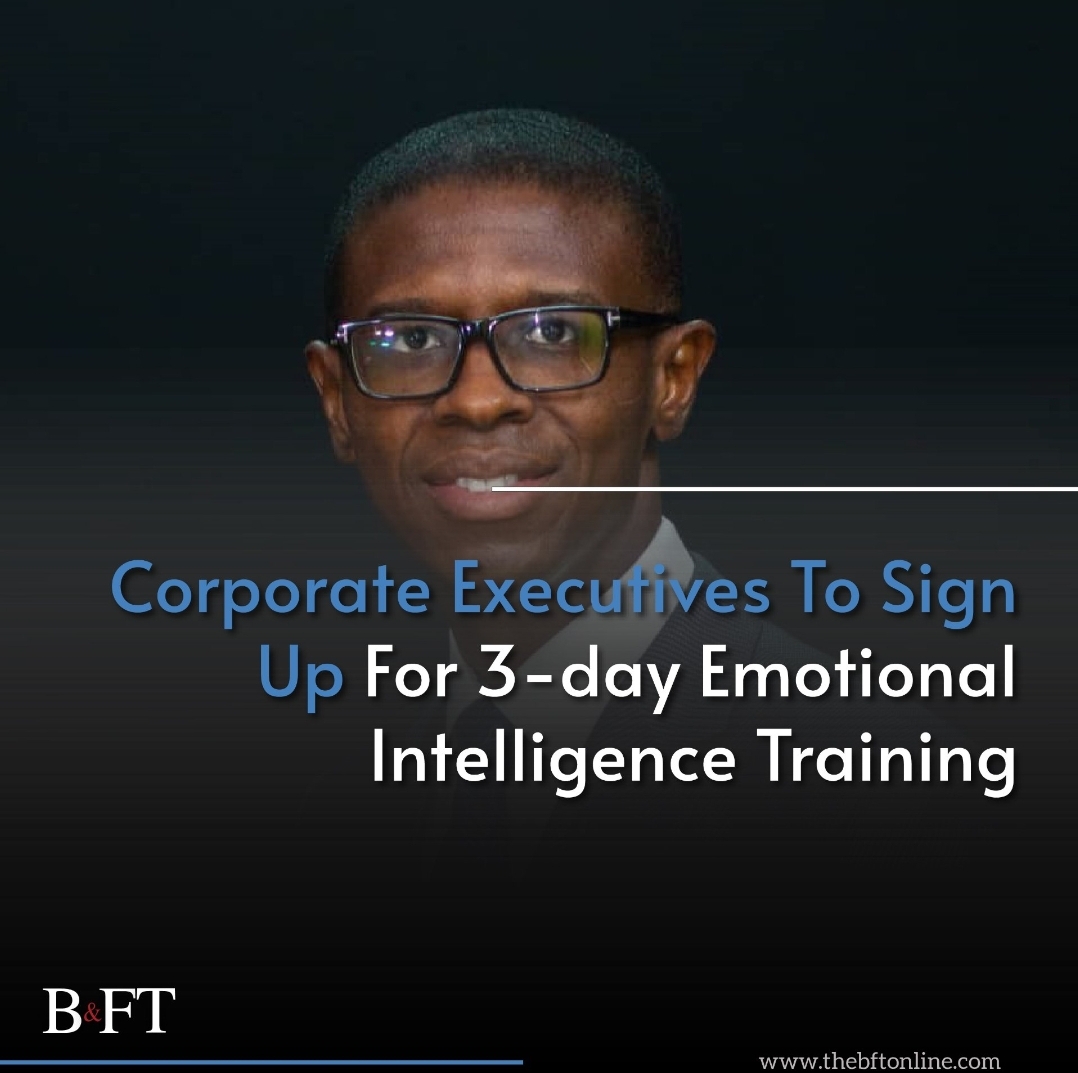 The training programme, which is slated between 11th and 13th August, 2021, is targeted at CEOs, executives, top managers, boards, and human resource executives with the aim of equipping them with the right mindset and skills to handle the emotions and intelligence of their employees.

To deliver an all-round comprehensive emotional assessment, the three-day programme will delve into the science of emotions, introduction and components of emotional intelligence on day one. The second day provides lessons on models for improving on EI, leading with EI and the impact of EI on productivity, whilst day three provides insights on resilience and mindfulness, as well as a personal 360 assessment.

Patrick Abah-Dakou, CEO of P&F Coaching International and Certified Leadership, Genos Emotional Intelligence Coach and Facilitator, touching on the importance of this training to leaders stated that there is a direct relationship between the way people feel at work and the way they perform, emphasizing that the more people are emotionally intelligent, the more they have a high degree of confidence and the more likely the returns the employer will receive.

Citing an example from a research work by Becker, Huselid and Ulrich 2001, in a book titled “The HR Scorecard,” he elaborated that it was shown that someone average in performance (i.e., at the 50th percentile) typically returns the annual salary they are paid. Thus, if they are paid $100,000 per year and are average in performance then they would typically return $200,000 per year in value.

On the other hand, people high in performance (one standard deviation above average or at the 84th percentile), typically produce 40 to 80 percent greater return on their salary compared to average performers (depending on their role level or role complexity).

Paskaline Monlouis, CEO of Prieres 100% Business, Paris France, a beneficiary from an EI training programme, stated that EI brings a huge impact on people’s lives and is crucial to top leadership of corporate organisations and state officials. She is therefore recommending the upcoming training in Ghana to every leader that is mindful of productivity growth.